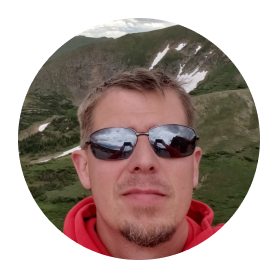 Tim Rash is a Delivery Manager and Solutions Architect for Xpanxion, LLC a wholly owned subsidiary of UST, global provider of digital technology and transformation, IT services and solutions, headquartered in Aliso Viejo, California. Mr Rash co-owned and operated Kinder-Rash Marketing, LLC from 2007 to 2016 where he led a team of developers building innovative web marketing platforms. He also received a Bachelor of Science degree in Computer Engineering at Iowa State University. While at Iowa State, he served as President of the Paintball Club and the President of the Sports Club Council. From 2014 until present Tim has worked at Xpanxion serving as DevOps Architect, Automation Architect, Solution Architect and Delivery Manager for a variety of clients of Xpanxion such as UPS, Red Hat, a government project through Homeland Security, and Smartsheet. Most recently, he has been leading Xpanxion's efforts with Smartsheet being responsible for training and development of Xpanxion's Build Engineer team.