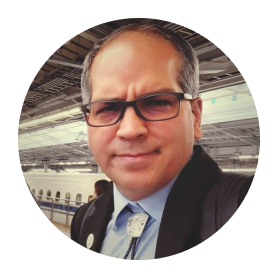 Anthony Caole serves as President/CEO for Three Star Enterprises, LLC, an Alaska Native Corporation, and sister subsidiary Three Star Government Solutions, LLC, both owned by Oceanside Corporation. Mr. Caole is a former Tribal Administrator (Native Village of Kwinhagak), and former Sr. Management Consultant at Northern Management, a Division of CE2 Engineers, Inc., where he spearheaded millions of dollars in rural infrastructure development projects for remote communities in Alaska. From 2011 until 2019, he served as Regional Director (Contractor) for the Alaska Region T/TA Center, a Resource of the Administration for Native Americans, where he was responsible for overseeing statewide training and technical assistance in support of the Administration for Native Americans (ANA) competitive grant programs, which focus on social and economic development as well as language preservation and maintenance. He also lead Three Star's expansion into the U.S. Department of Defense arena, securing major staffing contracts with the USAF, USACE, US Navy, and US Coast Guard. His personal passion is developing virtual workforce solutions to train and employ off-site talent in the performance of contracts, and creating virtual work opportunities in disadvantaged as well as rural and remote communities. He completed his BA in Rural Development from the University of Alaska Fairbanks (UAF), and subsequently completed a Master's degree in International and Intercultural Management from the School for International Training (SIT) as well as a Graduate Certificate in Emergency Management from American Military University (AMU), where he focused on disaster resiliency in indigenous and international communities. In 2019, he was accepted into AMU's Doctoral Global Security program. He is a multi-ethnic descendant of Cabarruyan Island, Philippines. Mr. Caole's wife and children are enrolled tribal members of the Native Village of Kwinhagak.